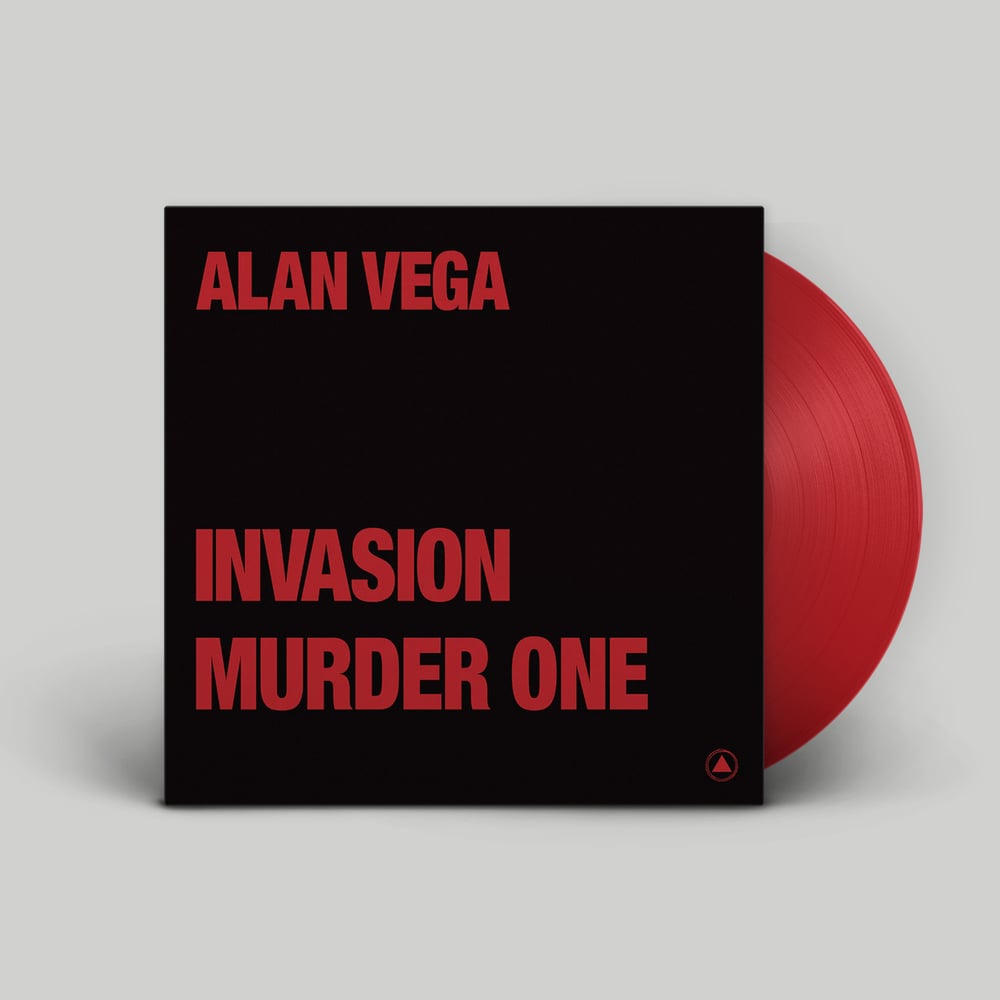 One of Alan Vega’s greatest talents was his ability to bring the past and the future together into a suspended place of timelessness. His groundbreaking duo Suicide was often seen as future primitivism and most of his musical output has exemplified this blending of the primordial human condition and visionary thinking. With Invasion b/w Murder One, the next release from the now infamous Vega Vault following 2021’s Mutator, we see this innate power in full effect.

The two tracks “Invasion” and “Murder One” were recorded two decades apart from one another in New York City. “Invasion” was recorded toward the end of the 2012-2015 studio sessions for the posthumous album IT and was one of his last recordings, while “Murder One” was recorded in 1997-1998, (after the Mutator sessions) and is part of a cluster of material that was recorded but never mixed prior to the sessions for his album 2007, released in 1999. Pairing these two songs together as a release illustrates the timelessness of the 30 plus years of unreleased material that he deemed the Vega Vault.

This release continues the collaboration of Mutator’s mixing and producing team, Liz Lamere and Jared Artaud. Liz provides a bridge to the past, having performed throughout the recording process of “Murder One” and “Invasion” while Jared opens a bridge to the future having been chosen by Alan himself to carry the torch and ensure the vision stays intact. Alan trusted no one more than Liz and Jared, and gave his blessing and encouragement to continue releasing material from the Vault. As Alan stated in the song “Vision” from IT, “If you destroy the vision, you will suffer the whirlwind.”

Listening to the various tracks during these mixing sessions brought up vivid recollections of how the sounds (such as the haunting voices in “Murder One”) were created and the constant experimentation that was involved, memories that informed Liz’s approach in the mixing process. Together with Jared’s technical skills, intuition, and deep understanding of the feeling these sounds were intended to evoke, the two were able to preserve the authenticity of the recordings while enhancing the quality of sound so the listener can fully experience the nuances of these unique auditory creations.