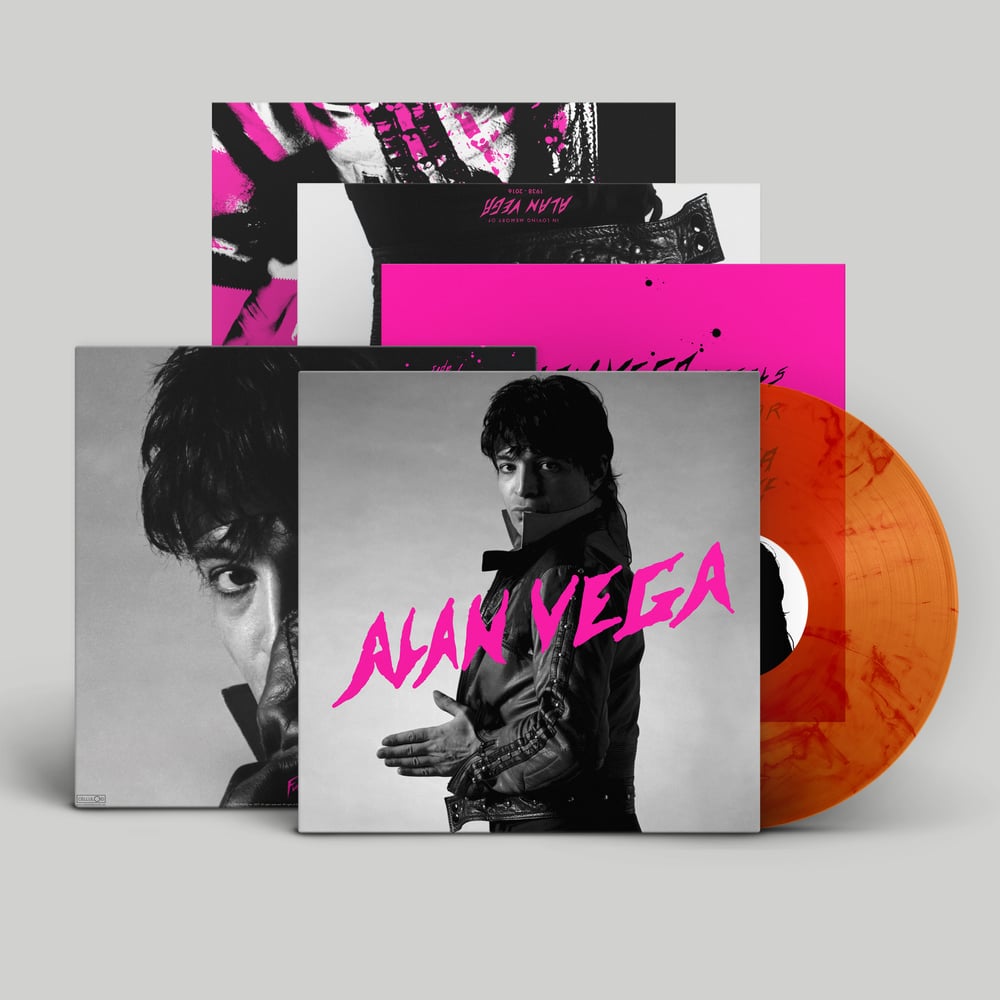 For the first time since it’s original release in 1980, Futurismo are proud to reissue the first solo Self-Titled LP by the late great Alan Vega, one half of electro punk legends Suicide.

Alan Vega's Self-Titled LP is a piece of work drenched in the musical influences of his teenage years, and an album that welded an unexpected hit in the stand out opener ‘Jukebox Babe’, a track of frantic rockabilly delivery and sparse instrumentation that seduces the listener with a sound that owed little to the 50’s revival yet everything to the sensibilities of rock ’n’ roll futurism.

Echoing the Suicide staple ‘Ghost Rider’ - itself a construct of repetitive rhythms and minimalist drones, punctuated by a classic vocal delivery that harnessed Gene Vincent, Elvis and the idols of Vega’s youth - ‘Jukebox Babe’ was the cornerstone to an artistic expression that Alan Vega continued to experiment with and implement throughout his solo Self-Titled LP and recordings beyond. With Suicide he and Martin Rev where responsible for the deconstruction of punk rock, a catalyst for the musical and aesthetic blueprints of what became post-punk, industrial rock and even synth pop. On this solo outing he takes a side step into the deconstruction of rock ’n’ roll itself.

Futurismo present Alan Vega’s Self-Titled LP on 180g Limited Coloured Vinyl, in the choice of two colours ‘Rockin Fireball’ and ‘Vapid City’. Contained within a neon printed sleeve that utilize scans from the original Curtis Knapp negatives, is a huge A1 screenprinted poster and to top it off brand new liner notes by musician and friend Henry Rollins.

Having sadly passed away in 2016 this release is a tribute to his incredible talents and total lack of artistic fear, for fans of Alan Vega and Suicide this out of print gem is essential.