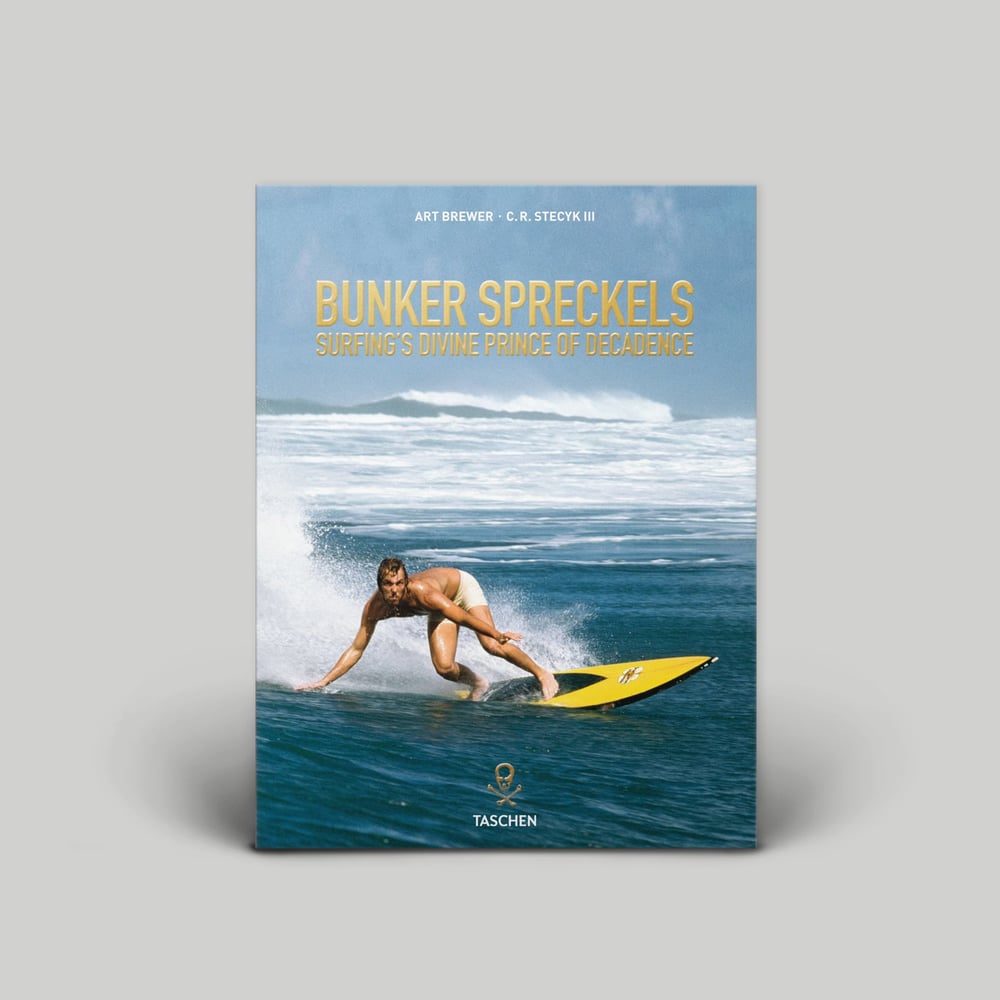 The tale of Bunker Spreckels (1949–1977) reads like a pitch for a movie to rival Boogie Nights: the stepson of Clark Gable is a privileged Los Angeles party boy who is heir to a multimillion-dollar fortune. Passionate about surfing, martial arts, guns, and women, he lives the life of a debauched international jet-setter before succumbing to his excesses at the tender age of 27.

Born Adolph B. Spreckels III, heir to the Spreckels Sugar fortune, Bunker became a famous surfer as a teenager, but after his inheritance came along, he began to slip into a life of pomp and excess where surfing took a back seat to drugs, sex, and wild road trips. So remarkable was his lifestyle that he created an alter ego who invited photographers and documentarists to trail him, piecing together a tell-all epic of his own rise to fame and fortune. Before the project, known as “The Player,” could be completed, Spreckels suddenly died of “natural causes.”

Thirty years later, photographer Art Brewer and writer/photojournalist C. R. Stecyk III have come together to make this book, which traces the meteoric rise and dramatic fall of Bunker Spreckels. Widely considered one of the world’s most gifted surfing photographers, Brewer was a close friend of Spreckels and his personal photographer throughout the last decade of his life, traveling with him from Hawaii to Los Angeles to South Africa. His images of Spreckels both on the waves and on land chronicle Spreckels’s metamorphosis from hippie surfer to international playboy, while Stecyk’s extensive taped interview with Spreckels, completed just three months before his death, provides a rare first-person perspective on all of the decadent craziness that was his life.