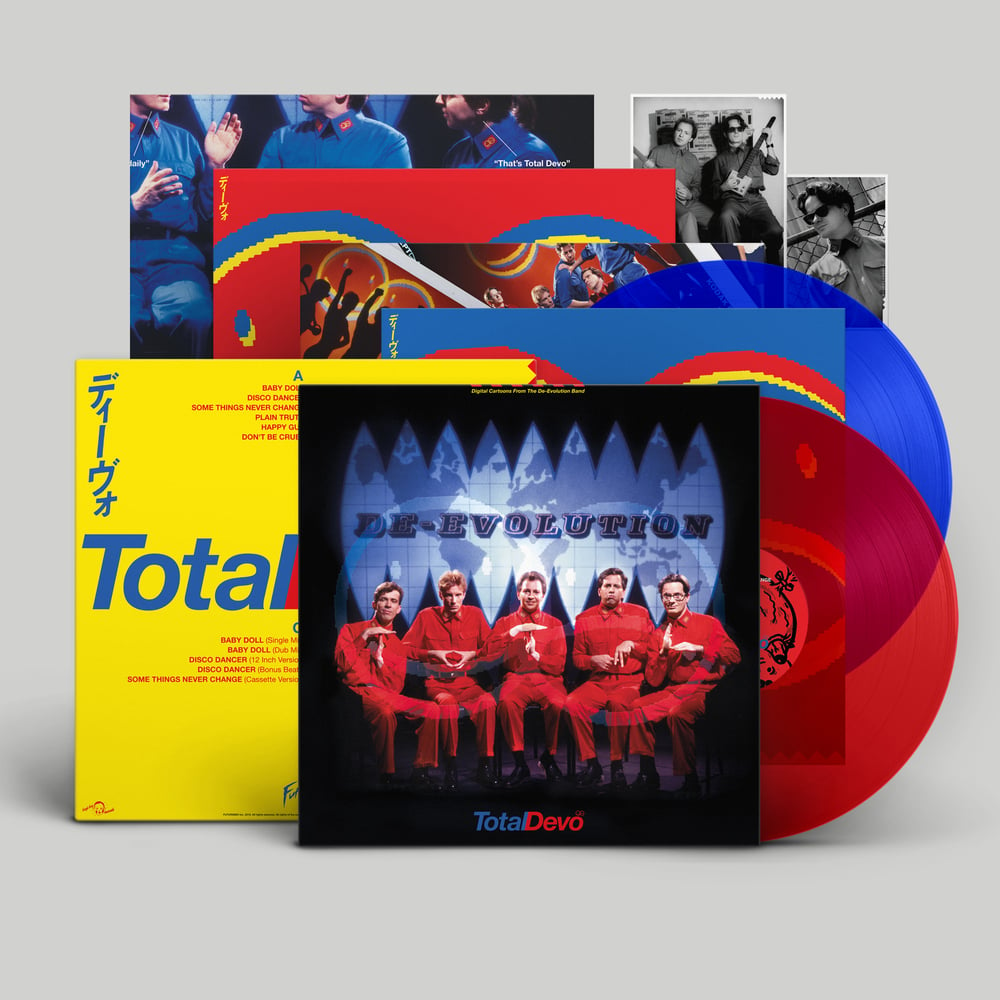 Long out of print and never reissued on vinyl, Futurismo present a limited deluxe edition of Devo’s 1988 album Total Devo, in time for its 30th Anniversary. Over the years this totally underrated LP has become a fan favourite, aswell as a prediction of these unsettling times we live in. So it seems only fitting it’s right now that Total Devo gets its first time reissue for all to hear.

Futurismo give every truly discerning Devo fan the out of print release they’ve been been craving, a limited pressing of Total Devo Deluxe. Each gatefold lp set includes 2x180g limited edition coloured vinyl in the choice of ‘Defcon Disco’, ‘Totally Agitated’ or ‘Happy Sad’. Included alongside the original album are remixes, demos and unheard tracks unearthed from the archives. The records come in a spot laminated gatefold sleeve that shows illustrations and logos when viewed in a certain light, it contains a huge double sided poster with unseen pictures and brand new liner notes by Gerald V. Casale, plus two collectable photographic postcards.