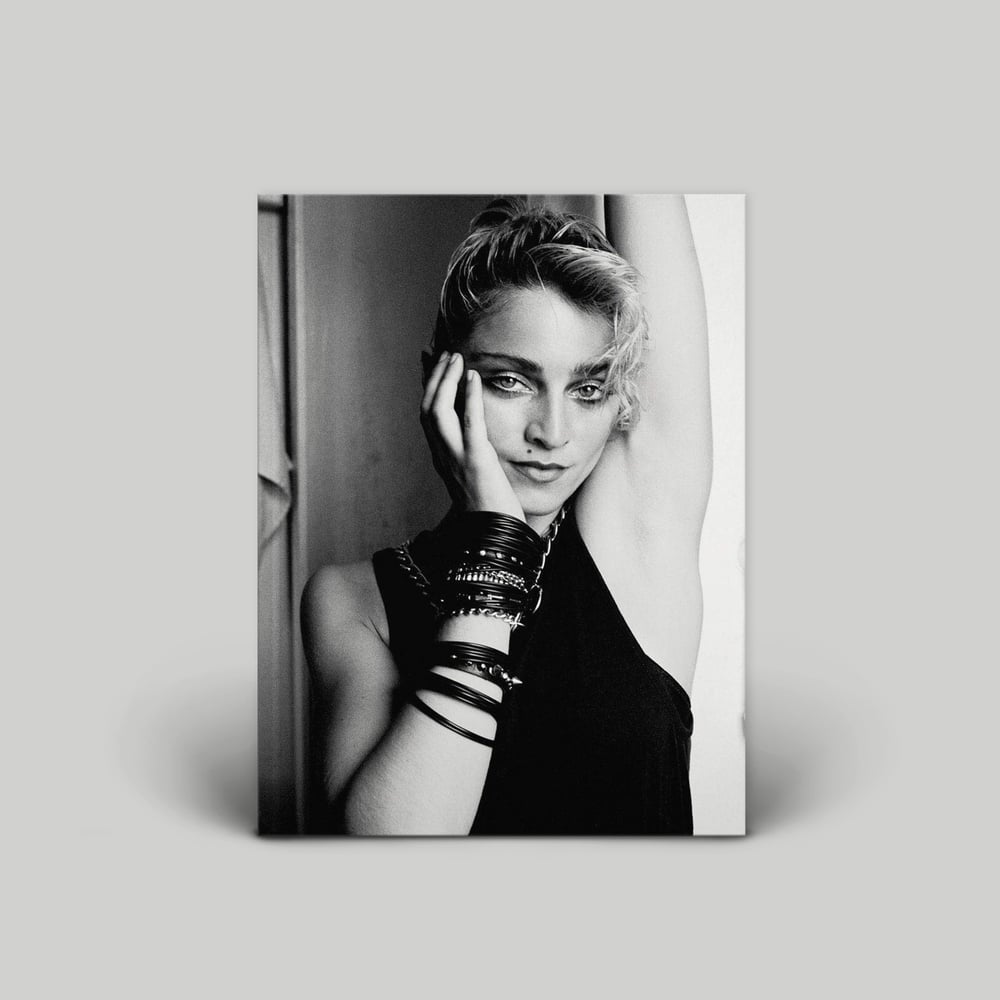 This book represents a period in time, circa early 80's where fearlessness, creativity and a relentless attitude to transform ones style moved forward at all costs. Failure was never an option as it only inspired those individuals to create more and drive themselves harder. Madonna represented this sensibility like no one else; she was and remains an original whose self-determination moved her into an arena that today still maintains relevance unlike anyone else. Photographer, Richard Corman met Madonna on a whim in 1983 and created a brief but bountiful collection of images that truly represented a diverse portrait of Madonna and NYC that remains timeless and significant in 2013.

MADONNA NYC 83 is not only homage to Madonna and the 80's, but also a collage of energy, exuberance, humour, fashion, sexiness and performance that continues to inspire!