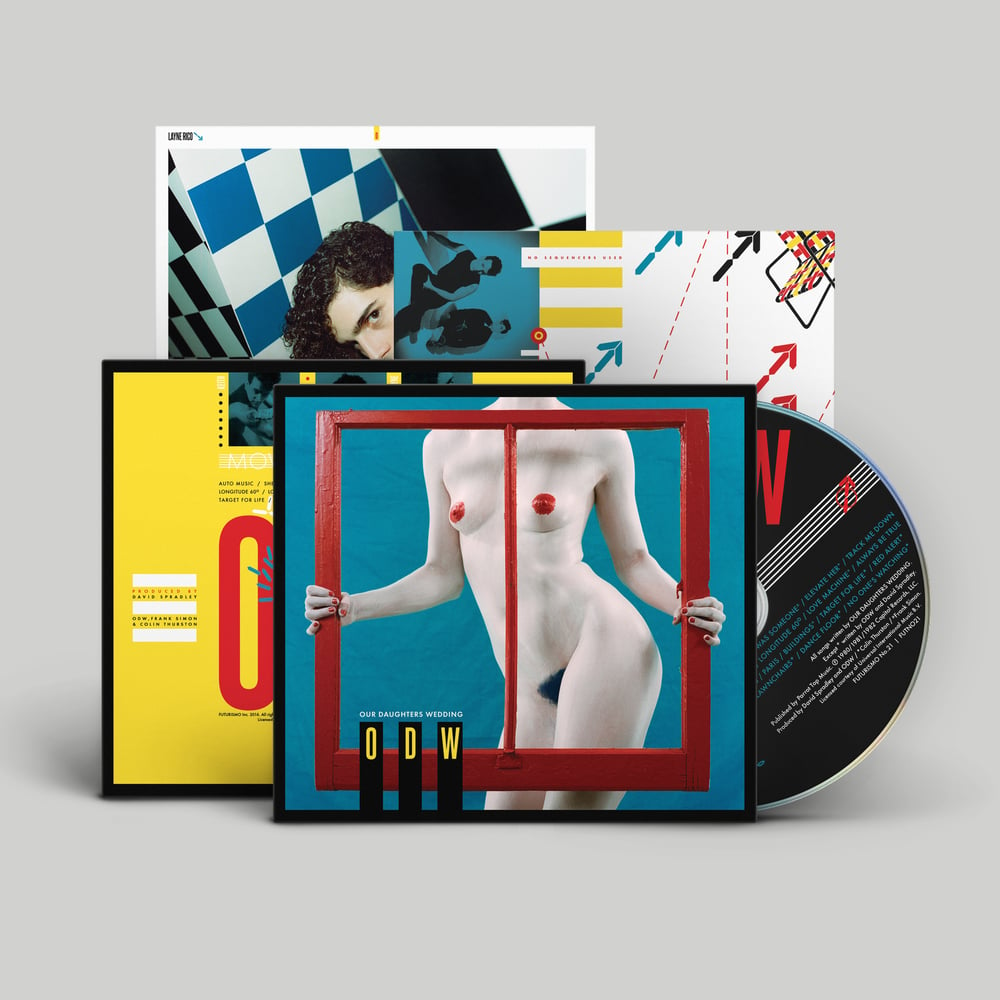 Our Daughters Wedding were one of the most underrated American synth bands of the early 1980’s and Moving Windows is the proof. For the first time since it’s original release, Futurismo give you an incredible redux reissue of this long lost electronic gem on LP…and for the first time ever, on CD! Also included within this newly designed release alongside Our Daughters Wedding’s milestone 1982 album tracks are the five songs featured on their unmissable Digital Cowboy ep, which includes their underground dancefloor hit Lawnchairs. To top off this first time reissue we have included the original uncensored cover photo by Anders Nordström (deemed too risqué at the time) as well as his unseen photos of ODW housed in a fold-out inner sleeve that also contains liner notes by original member Scott Simon.

ODW have posthumously been described as synthpunk, distinct in that they employed a punchy, energised and even slightly aloof take on electropop that simultaneously stayed true to their punk upbringings, an authenticity that drove them to play all electronics live without the aid of any sequencers. Their signature track Lawnchairs instated ODW into clubland ethos by becoming an instant dance floor hit and remains a high point in the history of synthesized pop. Produced by the mega-talents of both David Spradley (Funkadelic) and Colin Thurston (Duran Duran, Iggy Pop) this version of Moving Windows takes their sound that one step further.

Futurismo present this incredible LP remastered from the original tapes on your choice of two different Limited Edition 180g vinyl colours - 'Something Blue' and 'Red Alert' complete with free download, as well as a never before released Digipak CD version.